This week was Mum’s 95 birthday. Two days before, she met her great-granddaughter for the first time. This has lifted her spirits no end.

She’s been saying recently that she just wants to see The Baby and then she wants to ‘go’. Indeed, one morning she was so blue, she said she didn’t even care about  seeing baby! She asked me several times if dad died at Xmas. He died just after New Year, but this is the first time she’s brought the subject up in the five years since his death. She wondered if she would die at the same time of year as he had?

My grandmother had a stroke on the anniversary of my grandfather’s death and died shortly afterwards. So I began to be a bit concerned. But since mum’s seen The Baby, there’s been no more of such talk.

The birthday celebrations went on for several days, starting with a visit from my cousins bearing gifts from their side of the family. Since then, there’s been a steady stream of visitors: my brother, his kids and their partners – and The Baby of course; neighbours etc. At the last count, mum had received 19 birthday cards. She even got greetings via Face Book. All this has improved her mood immensely.

Mum has always been a gregarious person who enjoys chatting and laughing. I can’t really provide that sort of companionship. I could do, if there were two of me: one to do all the work and one to sit and chat and watch tv. The carers, who are here for an hour, the cleaners, the hair dresser, all cheer her up briefly, but mainly, she misses my father.

She told me, ‘I just want to see my Frank. Do you think he will find me when I die?’ I don’t know the answer to that one. I imagined the afterlife like a very crowded wartime railway station with refugees pouring off packed trains. I said ‘Well, thousands and thousands of people die every day. It might not be so easy for him to find you.’ She smiled and shook her head. ‘You don’t know my Frank. If there’s a way, he’ll find it.’

Well, of course, I hope she’s right. But for now, The Baby seems to have provided some sort of compensation for being forced to stay in this boring world. She has the child’s photo by her chair and speaks to it a lot. And she does seem to be much happier. I guess she really was, quite simply, depressed. 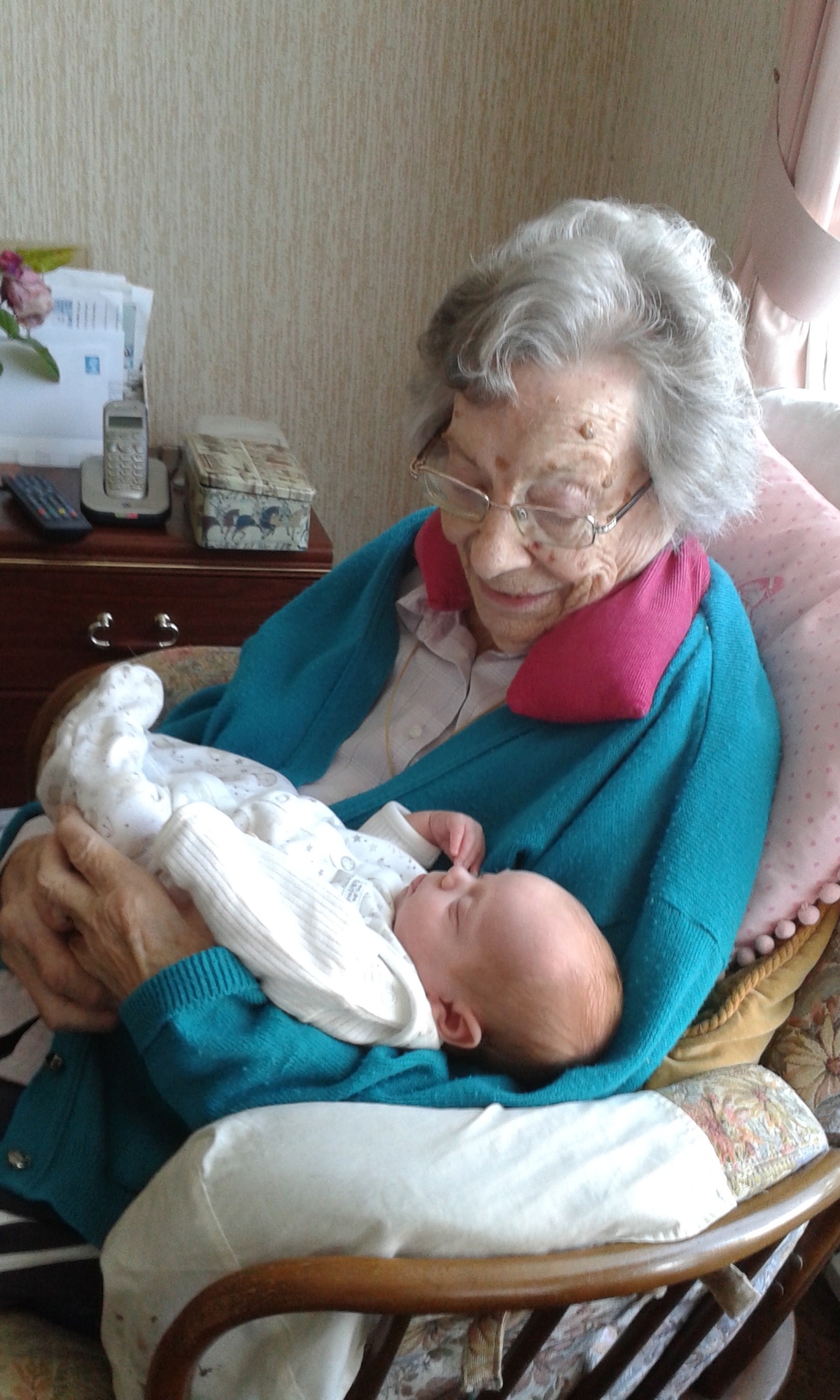